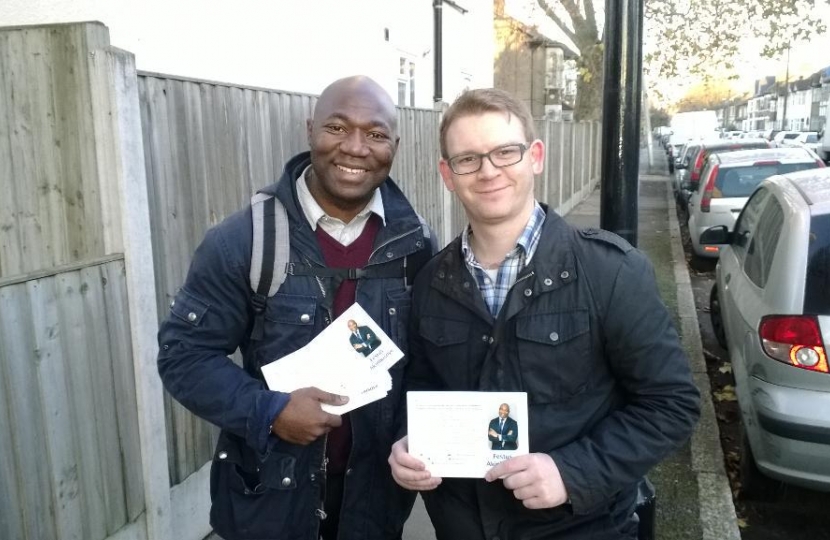 The by-election is occurring after the disqualification of a Stratford and New Town councillor by the Borough. The election will take place on 7 May 2015, the same day as the general election.

Commenting on his selection, Matthew said “I’m very excited to contest this seat. Recently the Conservatives have made great progress at showing people in Newham that we can represent their interests, both at last year’s local elections and through campaigning with Festus Akinbusoye, our parliamentary candidate in West Ham. I look forward to building on that progress in this by-election.”

Matthew, 27, lives in the ward and contested it in the local elections last May. He came in fourth behind the three successful candidates. He currently works as a solicitor and has previously volunteered for the Whitechapel Citizens Advice Bureau, giving free legal advice to east Londoners on issues such as employment and housing. He also serves as a governor of a Newham school and will be running the London marathon in April to raise money for a cancer charity.

Currently Labour control every seat on Newham Council and the directly elected-mayor’s office. Speaking about the political situation in Newham, Matthew said:

“This by-election is happening because of mismanagement on the watch of Sir Robin Wales and Newham Labour, who have taken people in this area for granted for too long. This has been allowed to happen because of the absence of any local opposition to their policies. If elected I will make a start in challenging this culture of complacency by asking tough question of the council and holding Robin Wales and the Labour administration to account. It won’t be easy but I believe I’m up to the challenge.”