Nick Vandyke for the London Assembly 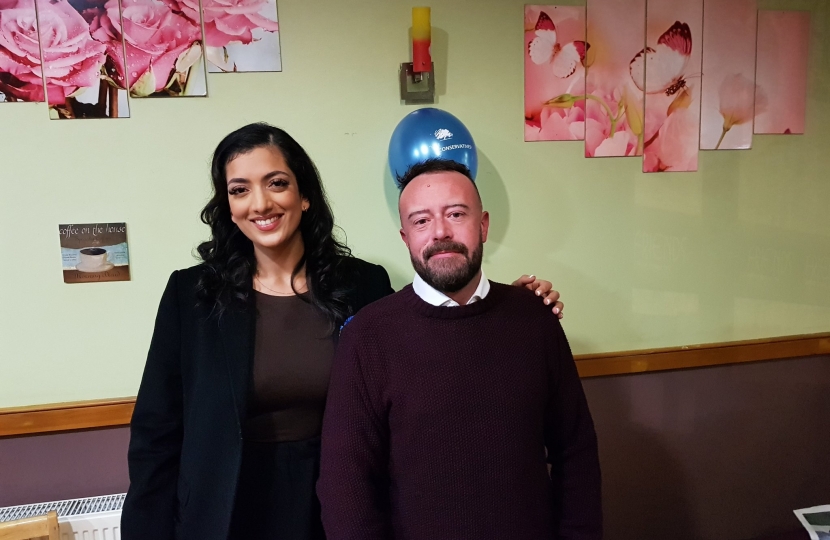 On 7 May 2020 Londoners will go to the polls to elect the Mayor of London and the London Assembly. West Ham is part of the City and East constituency and our local Assembly candidate is Nick Vandyke (seen here with our candidate in the last general election, Sara Kumar). He says:

I'm Nick Vandyke and I am your Conservative London Assembly candidate for the City and East constituency. I'm originally from Tower Hamlets and currently work as a Station Supervisor for London Underground, before that, I was a bookie. I went to school in Plaistow at Curwen. My Mum is from a very big family in Canning Town and worked as a Legal Secretary for many years in the City before she became disabled, after the Factories closed in the 1980s my Dad stayed at home with me until he became my Mum's carer. My Grandad was a union man at Tate and Lyle.

I am passionate East Ender, it's in my blood. London is a global City leading the way in finance, architecture and the arts and culture, and for me, East London is at the centre of that. Our diversity is our strength, welcoming people from all over the world who, over the years have become our neighbours and family. I've spent my entire working life in customer facing roles which has given me a unique insight into the lives of Londoners, and why I want to serve you.

I believe Sadiq Khan and his Labour team have let us down just as so many Labour councils before them have. He and his team haven't invested enough of his budget in our police force, which he controls, nor supported them with the necessary procedures and equipment they need to tackle the knife crime epidemic. He has not ensured enough affordable family sized homes have been built to make London sustainable for families in the long-term leaving families in overpriced and overcrowded accommodation. And he has done so little to tackle the growing problems we are having with air quality caused in part by the massive delays to transport projects like Crossrail and the upgrades of the District, Circle, Metropolitan and Hammersmith & City lines under his watch. The expansion of City Airport and location of the new Silvertown tunnel are massive concerns to many of us.

I'm standing for the Conservatives to do things differently. Labour have run East London for over 100 years, if they had the answers, why are we still faced with poverty, poor health and the same deprivation that plagues our area to this day.

I believe efficiency is key, to building great public services. Holding our Mayor to account, whoever it maybe, is paramount to the success of our borough and if elected, that's exactly what I intend to do. I want to fight for East Londoners, no matter where they are from, because I am one myself.

Thank you for voting Conservative

Thank you to everyone who voted Conservative, both in the West Ham constituency and across the country as a whole.