Nick Vandyke selected as local candidate for the London Assembly 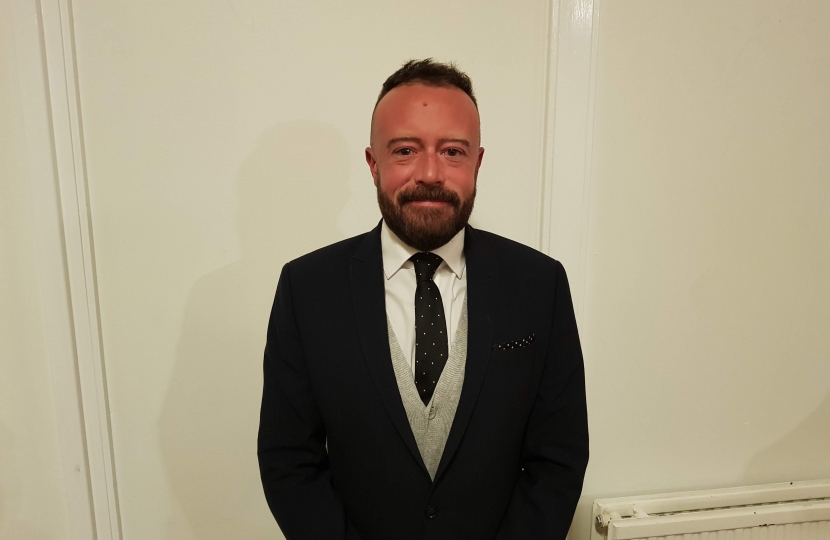 Conservatives in West Ham have come together with fellow members from neighbouring areas to select Nick Vandyke as the local Conservative candidate for the City and East constituency in the London Assembly election on 7th May 2020, the same day as the election for the Mayor of London.

Nick currently works for London Underground and has been a Conservative campaigner for many years. He says:

"I want us to spread our positive Conservative message across City and East to show people that there is another way, the Mayor of London's office can be better run; our children can achieve more; our streets can be safer; our transport and homes can be better built and better managed. We can give people the tools to help themselves reach their potential in a way that suits them and only limited by their own ambition, not where they are from or who they are."

We thank Gareth Bacon, Assembly Member for Bexley & Bromley and leader of the Conservative group on the London Assembly, for chairing the final hustings.

The City and East Assembly constituency covers the entirety of the West Ham parliamentary constituency and also the East Ham constituency plus all of the City of London and the London Boroughs of Tower Hamlets and Barking & Dagenham.

The London Assembly serves to scrutinise the work of the Mayor of London and other London wide public bodies. It works on a wide range of policy areas including housing, policing, fire and emergency planning, transport, strategic development and more. Members raise issues of concern to Londoners, investigate proposals and consult on way to improve life in the capital.

Our Further Financial Support for Jobs and Businesses

We are announcing a package specifically for those businesses which are not forced to close, but face reduced demand due to additional social distancing restrictions.