Rahima Khan selected as Conservative candidate for Mayor of Newham 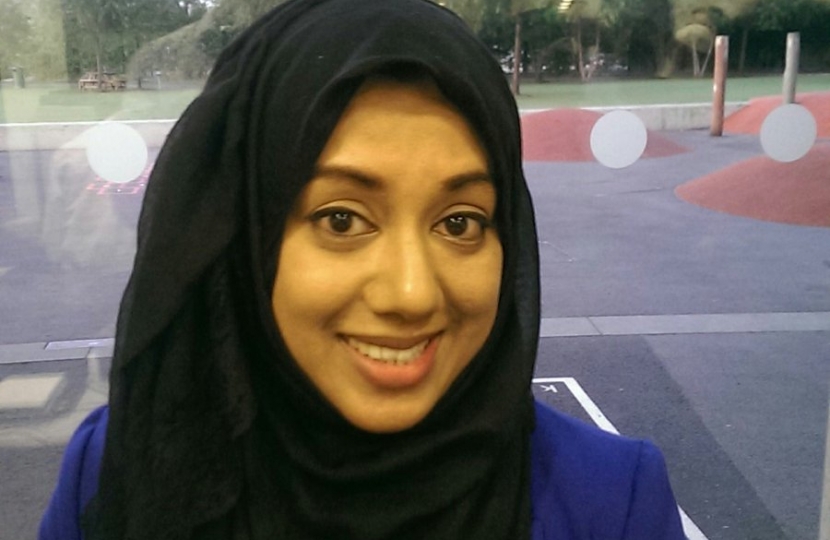 Conservatives in West Ham have come together with fellow members from East Ham Conservatives for a full open democratic selection to pick Rahima Khan as the Conservative candidate for the directly elected Mayor of Newham, to be elected on 3rd May 2018, the same day as the election for Newham Council.

Rahima has lived Newham for over twenty years and worked as both a teacher and coach. Working in these roles she has seen the best of our young people but also the way the system has let them down. She has a deep passion to help all Newham residents gain skills and meet their goals and ambitions. She is dedicated to bringing equal opportunities, to enhance the living standards and to improve the community spirit of our borough, making Newham better, together.

The directly elected Mayor of Newham leads the council and has full executive decision-making powers. They set the direction and vision for the council, making the critical choices about how council services are deployed, how much council tax is raised and whether residents can get the best borough. They work with other key local services and partners, such as the police, health and voluntary sectors, local businesses and others, to achieve the best.

The London Borough of Newham covers the entirety of the West Ham parliamentary constituency and also the East Ham constituency.