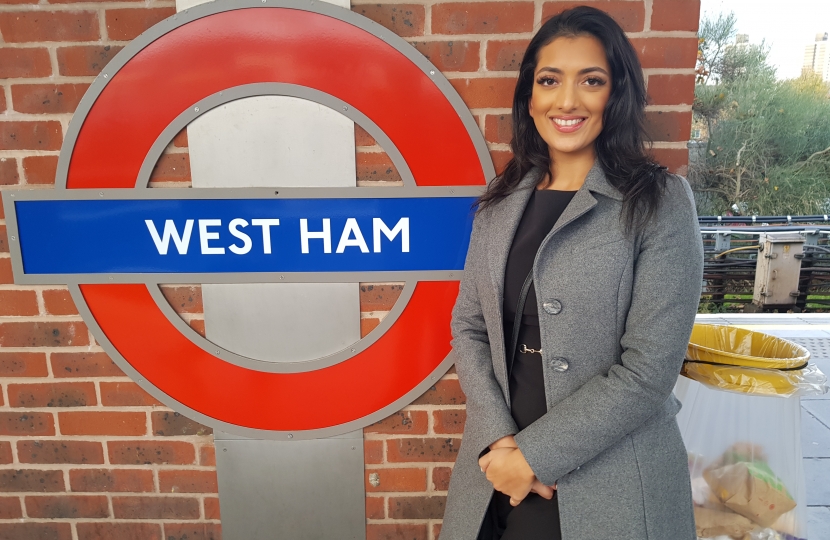 Our candidate for the 2019 general election is Sara Kumar. Sara writes:

It's a real honour to have been selected as the Conservative candidate for West Ham. I've lived in London all my life and I really love the diverse population, local communities and the opportunities this area has had to give. In 2016 I graduated in Politics and Sociology at the University of Brighton. I'm an events manager at the Centre for Social Justice. I also run my own business online which sells vegan protein supplements. In my teenage years I modelled for clothing and jewellery brands in the UK. I have had the privilege of travelling across the UK to assist the filming of the most outstanding charities that tackle poverty. These have charities are awarded with a £10,000 grant at the CSJ Awards, which I organise.

Growing up in London has taught me that we need to protect vulnerable people, prepare young people for the future and make our streets safer. Through the work I've done alongside the Metropolitan Police, I believe we need to prioritise the tackle on violent crime. I am prepared to work with the Mayor of London to improve this very important issue. I've been involved in charities that have helped young children, abandoned animals and the homeless. I first got involved with the Conservative Party eight years ago and have stood in two local elections, as well as campaigned in many general elections and by-elections. Brexit has gone on for too long and no matter how we voted we need to focus on the real problems in the country.  I believe we must press on with making our streets safer, improving our transport links, investing more in the NHS and protecting the environment. Many are affected by these issues and your MP can make such a difference. Therefore, I am looking forward to serving the residents of West Ham and representing you in Parliament.