Thank you for voting Conservative 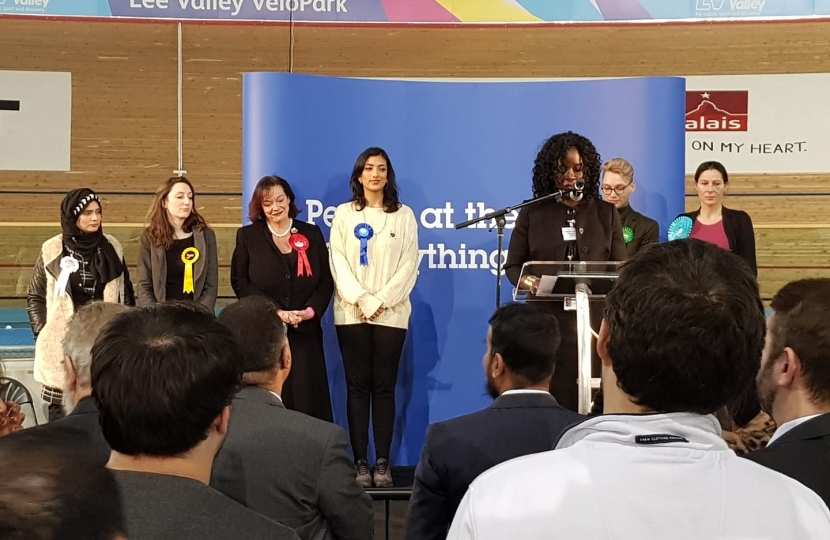 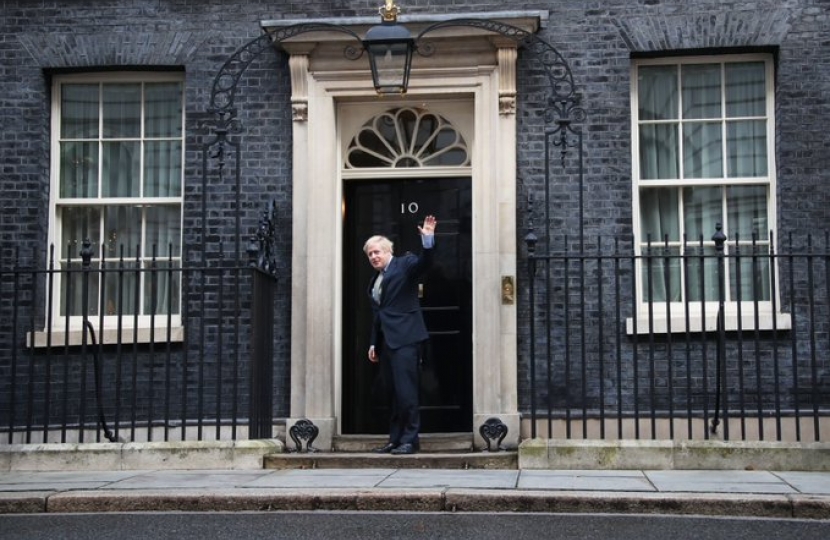 Thank you to everyone who voted Conservative.

Here in West Ham our candidate, Sara Kumar, secured an increase in the share of the vote and a swing towards the party. It has been a good campaign and we thank both Sara and everyone who came out to campaign for her for all their hard work.

I would like to thank you all for your support over the last six weeks. It has been an honour to stand as a Parliamentary Candidate for West Ham, a place which now will always remind me of some great memories. As I’m sure you are too, I am overjoyed at the victory we succeeded in the early hours of Friday. Let’s look forward to seeing how this massive majority government unlocks the potential of our country and makes real change. May I wish you all a wonderful Christmas and a Happy New Year.

At the national level the party has been re-elected with a significantly increased majority. The Prime Minister, Boris Johnson, spoke upon returning to Downing Street:

This morning I went to Buckingham Palace and I am forming a new Government, and on Monday MPs will arrive at Westminster to form a new Parliament, and I am proud to say that members of our new one nation Government – a people's Government – will set out from constituencies that have never returned a Conservative MP for 100 years.

And yes, they will have an overwhelming mandate, from this election, to get Brexit done and we will honour that mandate by January 31.

And so, in this moment of national resolution I want to speak directly to those who made it possible and to all those who voted for us, for the first time, all those whose pencils may have wavered over the ballot and who heard the voices of their parents and their grandparents whispering anxiously in their ears.

I say thank you for the trust you have placed in us and in me and we will work round the clock to repay your trust and to deliver on your priorities with a parliament that works for you.

And then I want to speak also to those who did not vote for us or for me and who wanted and perhaps still want to remain in the EU. And I want you to know that we in this one nation Conservative Government will never ignore your good and positive feelings – of warmth and sympathy towards the other nations of Europe. Because now is the moment – precisely as we leave the EU – to let those natural feelings find renewed expression in building a new partnership, which is one of the great projects for next year.

And as we work together with the EU as friends and sovereign equals in tackling climate change and terrorism in building academic and scientific cooperation, redoubling our trading relationship, I frankly urge everyone on either side of what, after three and a half years after all has been an increasingly arid argument, I urge everyone to find closure and to let the healing begin.

Because I believe, in fact I know, because I have heard it loud and clear from every corner of the country that the overwhelming priority of the British people now is that we should focus above all on the NHS – that simple and beautiful idea that represents the best of our country with the biggest ever cash boost 50,000 more nurses, 40 new hospitals as well as providing better schools, safer streets.

And in the next few weeks and months we will be bringing forward proposals to transform this country with better infrastructure, better education, better technology. And if you ask yourselves what is this new Government going to do, what is he going to do with his extraordinary majority, I will tell you that is what we are going to do; we are going to unite and level up – unite and level up, bringing together the whole of this incredible United Kingdom England, Scotland, Wales, Northern Ireland together – taking us forward unleashing the potential of the whole country delivering opportunity across the entire nation.

And since I know that after five weeks frankly of electioneering, this country deserves a break from wrangling, a break from politics, and a permanent break from talking about Brexit.

I want everyone to go about their Christmas preparations happy and secure in the knowledge that here in this people's Government the work is now being stepped up to make 2020 a year of prosperity and growth and hope and to deliver a Parliament that works for the people.

Thank you all very much and Happy Christmas.