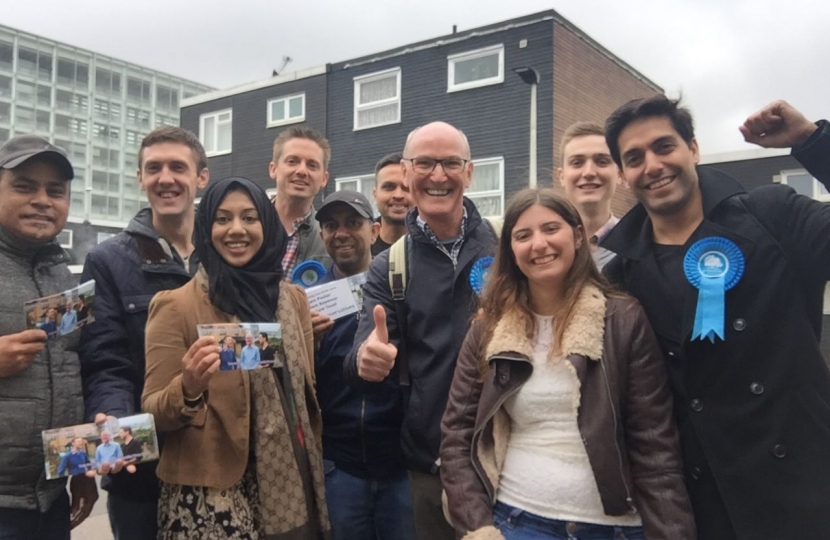 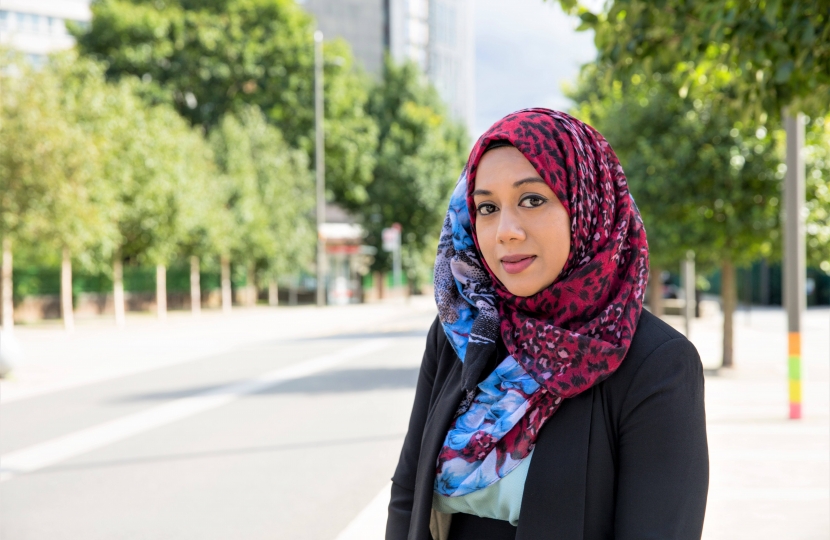 This coming Thursday is polling day for the local elections. Residents in Newham will be electing the directly-elected Mayor and sixty councillors in twenty three-member wards.

Our candidate for Mayor of Newham is Rahima Khan. Rahima writes:

Newham is the place I call home. It's vibrant, it's busy and it has the potential to become the great attraction in the capital's east. However after many decades of Labour running the council we have some of the highest unemployment, some of the lowest pay and some of the worst levels of child poverty in London.

Families are leaving the borough because of the lack of quality secondary schools and untidy public spaces; where Labour's failure to deliver truly affordable housing means that we have the highest number of homeless people in London with thousands of residents being relocated across the country. Newham deserves better than this and that is why I am standing for Mayor.

I'm from a working-class family and by becoming a teacher helped raise the aspirations of many children. I know how important it is for people to have the tools, the infrastructure and the amenities to aspire to better chances and opportunities in life and that requires leadership.

Our manifesto for the borough includes the following:

Conservatives will not shy away from the housing crisis. Conservatives will speed up the planning process and will not allow developers to sit on land without building on it. We will curb developers marketing and selling homes to foreign investors to ensure Newham residents are put first.

Action on litter. Action on fly-tipping. Time for real change.

Our streets are a mess and we need to take some real action. Conservatives will employ 60 new Street Environment Officers, all equipped with body cameras, to pursue those who drop litter and issue £150 on-the-spot fines and help prosecute persistent offenders with fines up to £2,500.

In 2017 Newham was the fourth worst borough in London for crime with nearly 35,000 reported crimes including 10,000 cases of assault. Horrifyingly, we have become the world capital of acid attacks. Conservatives will push for more resources for our police and take action to combat the sale of acid.

12 hours of school sports every week and free breakfasts

Conservatives will work with schools and sports organisations to give all our children the opportunity to play competitive and social sport, a minimum 6 hours a week for children in Newham's primary schools and 12 hours in secondary schools. Primary school children will receive free breakfast.

Our high streets are the lifeblood of our communities. Conservatives will fight for a reduction in business rates for independent shops, changes to the law on betting shops and look at innovative parking schemes to see what really works best for each area in full consultation with residents.

Current recycling rules are confusing and complicated resulting in much unnecessary spoilage and waste. Conservatives will be committed to making recycling rules simpler and clearer and we will introduce food waste recycling and increase the number of recycling facilities.

More can be seen at her website Rahima Khan for Mayor of Newham.

Our candidates for each ward in the West Ham constituency are as follows: