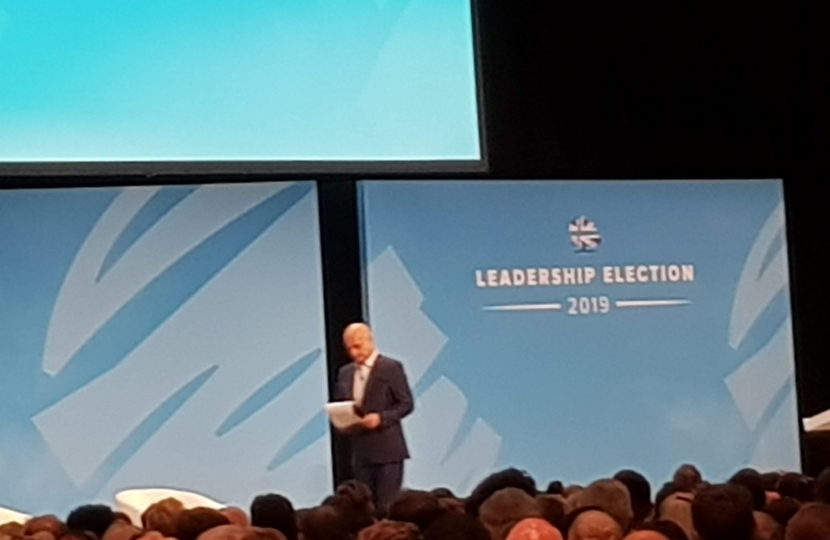 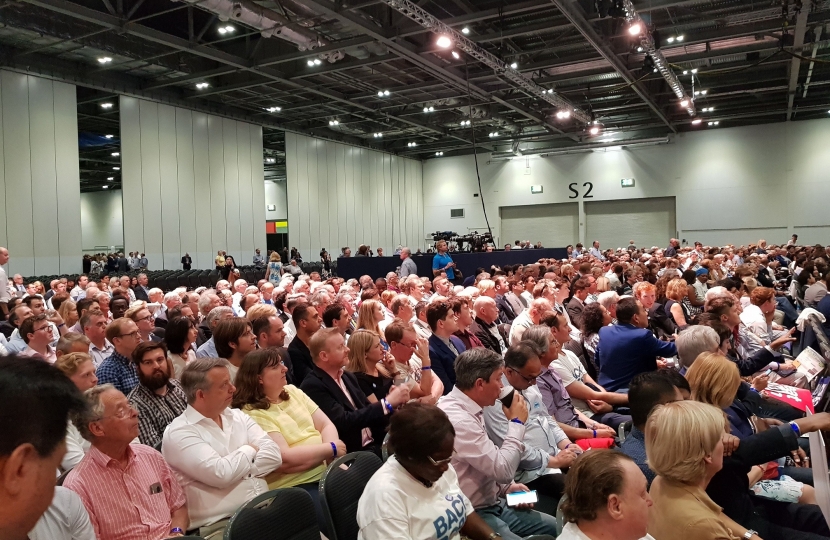 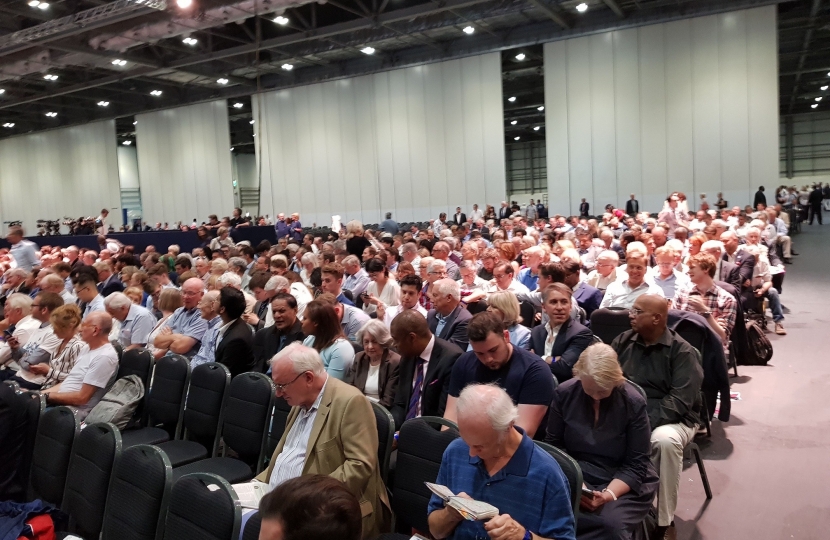 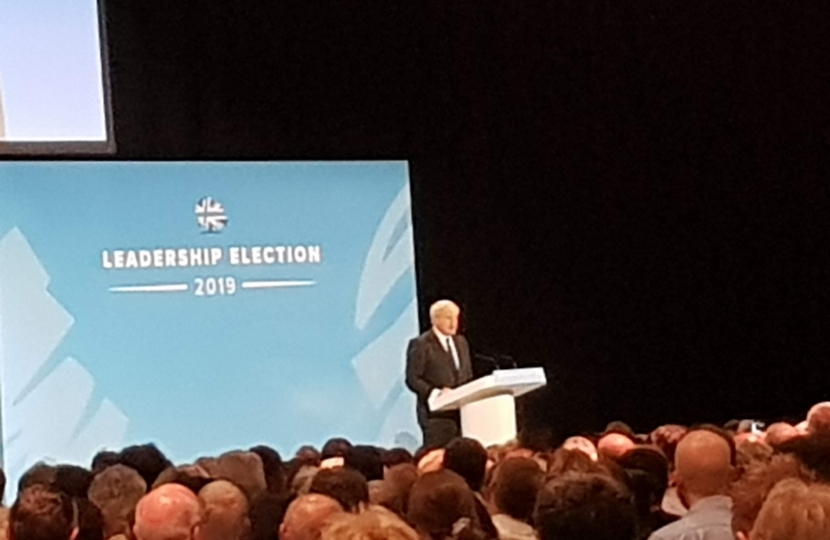 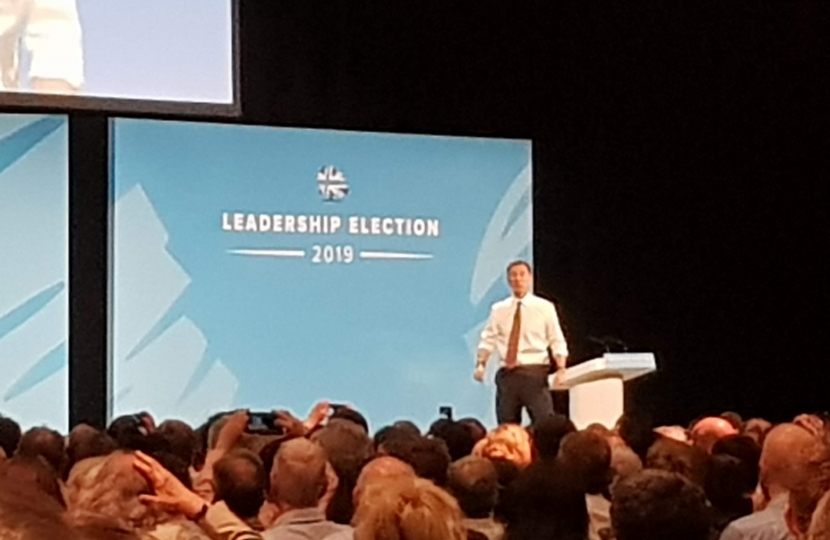 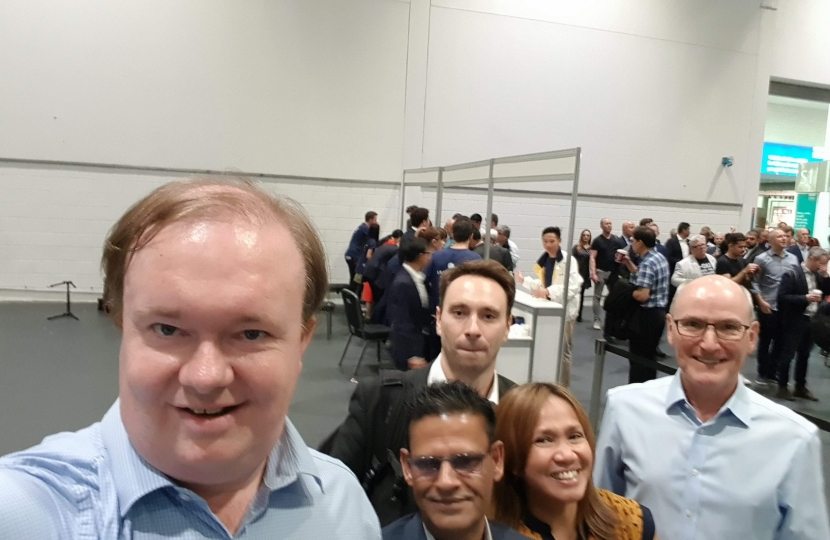 On the evening of 17 July 2019 thousands of Conservative members gathered from all over London and beyond to come the ExCel London in Custom House for the last and largest hustings in the election for the next Conservative Party leader. Members listened to both Jeremy Hunt and Boris Johnson each make their pitch for the leadership, be interviewed by leading political pundit (and massive West Ham United fan) Iain Dale then take questions from the audience.

Many members of West Ham Conservatives were present and delighted with the party's choice of venue. The ExCel is a prime example of the transformative effect of the redevelopment of the Docklands begun by Margaret Thatcher's government and thus a very appropriate place for such an important meeting of Conservative Party members. We thank the party chairman, Brandon Lewis, and all of the party staff who have worked so hard to put the event together. We also thank Iain Dale for doing such a good job in hosting the event.

Thank you to everyone who voted Conservative