Candidate for the London Assembly

Nick Vandyke is our candidate for the London Assembly seat of City & East, which includes all of the West Ham parliamentary constituency and also the East Ham constituency plus all of the City of London and the London Boroughs of Tower Hamlets and Barking & Dagenham.

Nick currently works for London Underground and has been a Conservative campaigner for many years. He says:

I'm Nick Vandyke and I am your Conservative London Assembly Candidate for City and East. I'm originally from Tower Hamlets and went to school at Curwen in Plaistow. My parents are from Canning Town and Poplar. My Grandad worked for the Telegraph Printworks; the other at Tate and Lyle in Silvertown. And like many people in East London I now have family and friends from as far afield as St Lucia and Bangladesh.

I am passionate about East London and feel for decades Labour have let us down! Estates are desperate for regeneration and Labour's lack of ideas on how to tackle unemployment and constant complacency shows why so many things aren't changing for the better.

The Labour Mayor of London, Sadiq Khan, has let us down by not investing enough of his budget in our Police Force, and not backing them with the necessary procedures and equipment they need to tackle the knife crime epidemic. He has not ensured enough affordable family homes are built. And he has done so little to tackle the growing problems we are having with air quality caused in part by projects like Crossrail not being delivered on time.

East London is a trail blazing, multicultural and dynamic area, and I want to represent you in City Hall so we can get back to our best! 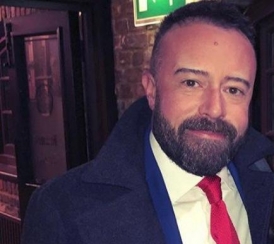