Rois is the Chairman of the West Ham Conservative Association, having taken up the position in June 2022.

He is a married man with three children and a local businessman/landlord in the community. He has lived in West Ham since 1998 having moved from Bexleyheath, joining the local Conservatives in 2012. A passionate Conservative, he has been campaigning hard for a highly educated society where everyone is able to reach their true potential.

Rois holds a degree (BA Hons) in Business and Management and has worked in education for many years making him the centre of his community. His work tackling antisocial behaviour through better education led him to be awarded the Newham Local Community Peace Prize in 2017. Through his professional and community work, he aims to help the next generation to achieve excellence in all aspects of life.

In his spare time, Rois likes to travel, meet people and play tennis. 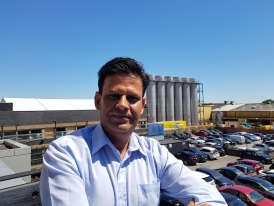