I am a small business owner, a local Councillor in Harrow, and a London Assembly Member.

After I left school, I worked in my late father's garage and learnt all I could to become a mechanic. Sadly, back then, it was hard for women to get into a technical college to train fully. Later I married a hairdresser and set up a hair salon to support my family, which gradually expanded and at one point, employed twenty people.

As a small business owner, I know what it means to start your own business to provide for your family. I understand that behind every successful business is hardworking people. I will always champion entrepreneurs and ensure that businesses can thrive in London.

After the Labour Harrow Group split in 2013, I was proud to step in and become the Leader of Harrow Council. In my time in office, we froze council tax, invested millions more in services for adults with learning difficulties and children in care, and balanced the budget after Labour left a £6 million deficit. In nine months, we achieved more than Labour had in years.

In June 2017, I replaced Kemi Badenoch as a London Assembly Member after she was elected to Parliament. It has been an enormous honour to represent our entire city as a London-wide member.

On the London Assembly, I have held Sadiq Khan to account for neglecting his responsibilities as Mayor of London. He has failed to keep our city safe, build new affordable homes, and invest in London's transport network.

On 17 December 2019, I became the Leader of the GLA Conservatives.

I passionately believe that every Londoner should feel safe to walk our city's streets and know their children are safe in the community. That's why I have focused my efforts on a plan to step up policing in our city.

I am standing again to be a London Assembly on the 7th of May 2020. I am third on the Conservative Party's London-wide list.

I am here to serve you. 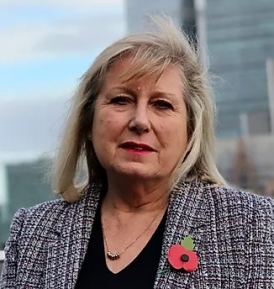