Will you help Stop the Strikes? 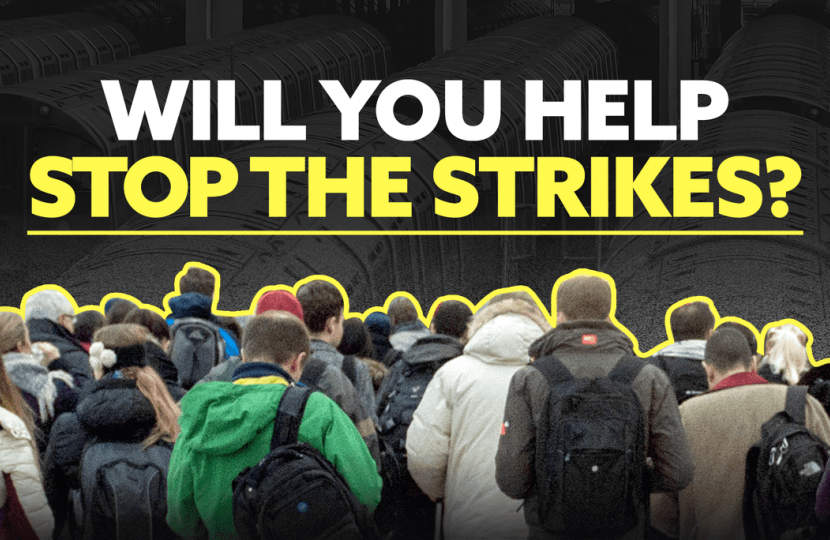 Stratford station is one of the ten busiest stations in the country for both tube and National Rail. All our stations are critical for work and travel. Stop the trains and many won't get paid. Rail and tube strikes will have a devastating effect here at a time when families and businesses are struggling with global cost of living pressures.

Labour's response? To back the biggest rail strikes in Britain since 1989.

Labour politicians are funded by the unions who have called the strikes, and dozens of Sir Keir Starmer's own colleagues back Labour's summer of chaos. That is why the Conservatives are standing up for rail users and are on the side of the travelling public.

Sign your name on our petition and send a message to Stop the Strikes!

Petition: Will you help Stop the Strikes?