Born in North Kensington, Shaun took to politics after witnessing the route to crime taken by many of his peers. Shaun became a youth worker for the Blenheim Project in Ladbroke Grove, and later co-founded My Generation, a charity addressing the social problems that affect struggling young people and their families, such as anti-social behaviour, drug abuse, crime, pregnancy, educational underachievement, and unemployment. Shaun was drafted in as chair of the trustees at the Pepper Pot Day Centre (2007–2009), an organisation in West London that provided for African and Caribbean elders and adults with special needs.

Over the last 20 years Shaun Bailey has worked across a number of different organisations to help improve peoples' lives. Following his community and charity work, Shaun ventured into the political arena to continue making a positive difference. Shaun was elected to the London Assembly in 2016, and sits on a number of committees including the Transport Committee and the Environment Committee. Prior to this he has stood for parliament in London twice and was appointed to be a special adviser to then Prime Minister David Cameron.

Shaun was selected in September 2019 to be the Conservative Party's candidate for London's 2021 mayoral election. 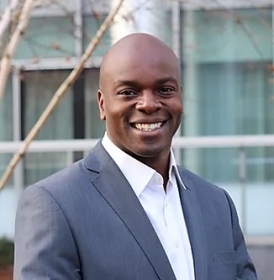